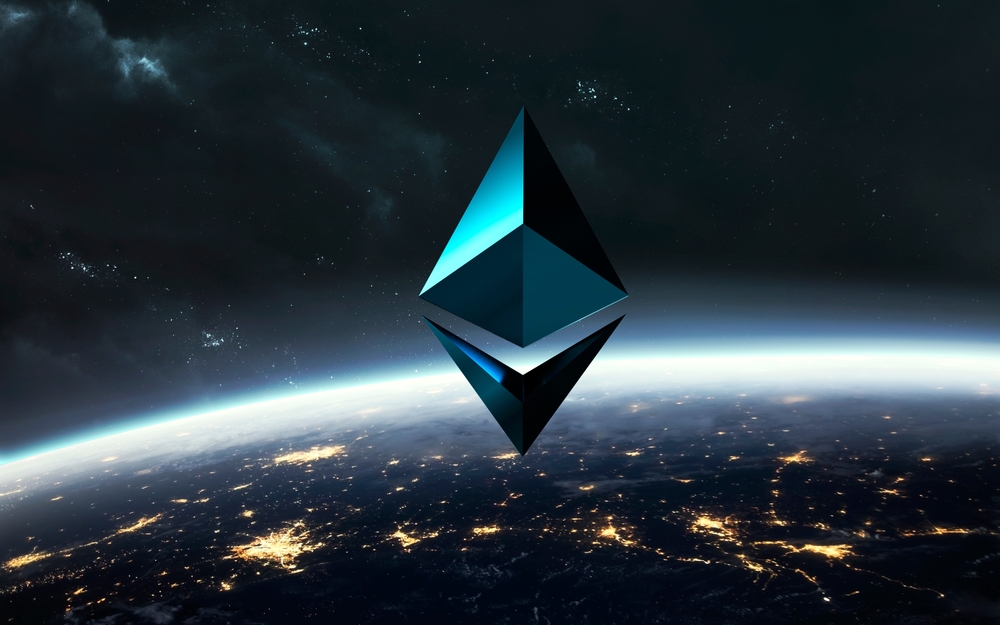 Ethereum issues the world’s second-largest cryptocurrency. Its use cases extend beyond that, though. Anybody can deploy smart contracts on Ethereum, which can execute themselves without relying on intermediaries. The novelty of the blockchain continues to amaze the tech world. Today, Ethereum is home to an array of decentralized applications, crypto tokens, and NFTs.

Who Were the Co-founders of Ethereum?

If you’re wondering how long Ethereum has been around, it goes back to 2013.

The decentralized vision put forward by Bitcoin ignited the idea of a highly flexible blockchain in Vitalik Buterin, a 19-year-old computer programmer. He first described it in a whitepaper published in November 2013. The permissionless network that would be able to facilitate a range of utilities from insurance to exchanges and DAOs soon garnered worldwide attention.

At the North American Bitcoin Conference (2014) in Miami, the project was publicly announced. Development of the blockchain began the same year. Many industry experts joined the project as it grew, including Polkadot creator Gavin Wood, Cardano founder Charles Hoskinson, Joseph Lubin, and Anthony Di Iorio. Many left along the way.

Vitalik Buterin and Gavin Wood are the original authors of Ethereum.

How Was Ethereum Going to Differ From Bitcoin?

﻿Bitcoin is a blockchain that powers a cryptocurrency of the same name. As a radically new medium for the exchange of value, it facilitates payment transactions without the support of banks or the government.

In addition to decentralized payments, it executes immutable contracts and applications. It comes complete with a programming language called Solidity, which enables developers to build and run dApps on their own.

Let’s take a look at the other key differences between the two:

A project as big as Ethereum in vision requires massive funding for conceptualization, research, and execution.

The First Live Release of Ethereum

After months of testing and audits, the Ethereum Frontier network launched on 30 July 2015. The day marks the initial release date of Ethereum. It was a basic implementation of the project intended for developers with a hard-coded Gas limit. Developers could now start writing smart contracts and roll out decentralized apps on the network.

The Growth of Ethereum Since The Live Release

Let’s take a look at the Ethereum price chart history to better understand how the project grew over the years. 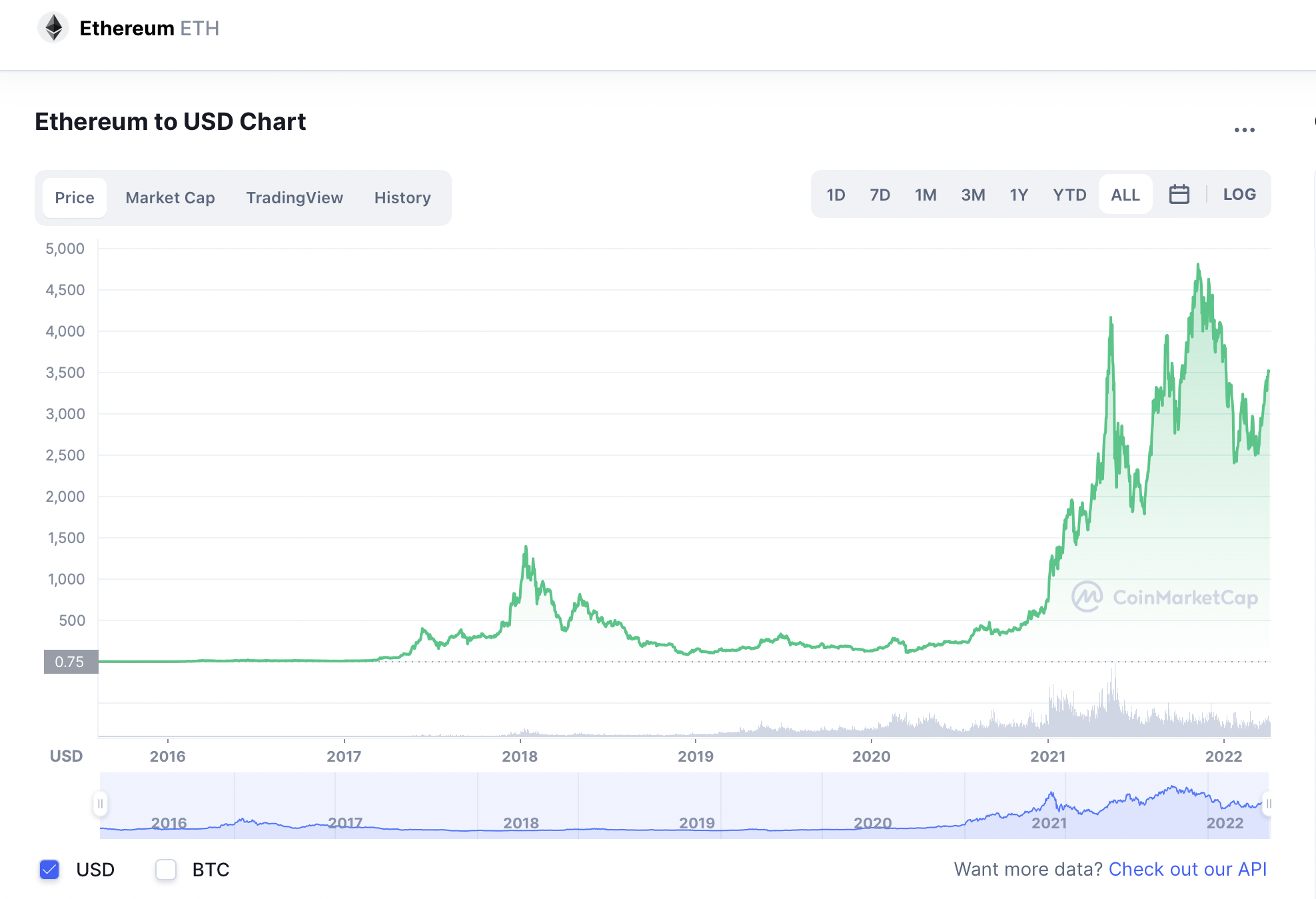 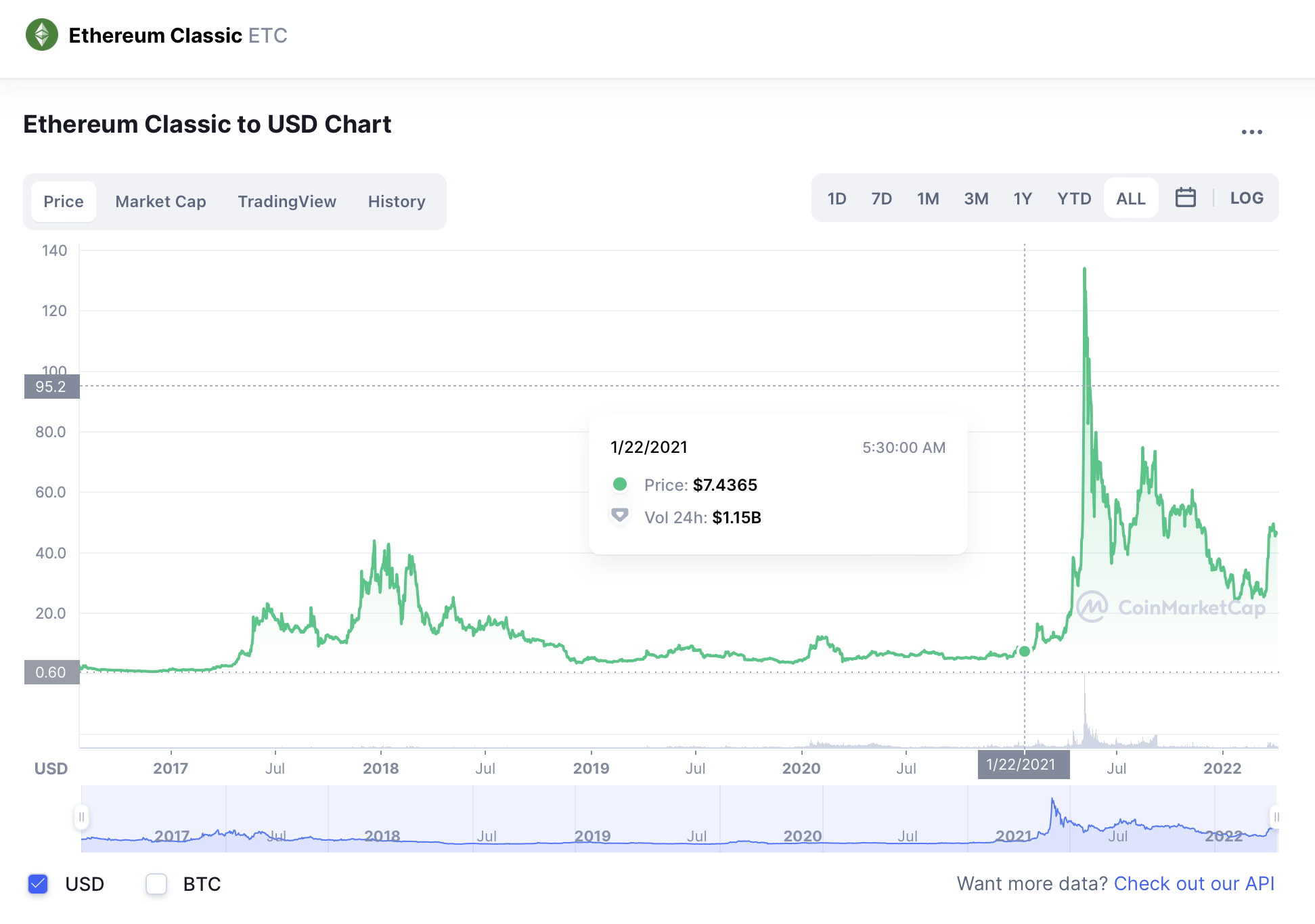 Does Ethereum Have a Future?

An evolving blockchain is a sign of innovation. Although there are numerous blockchains in the market vying for Ethereum’s place, the project has regularly updated over the years and stayed relevant, addressing its shortcomings and exploring new use cases. Its transition to the proof-of-stake consensus mechanism will further open up opportunities for the community.