How to Make Money With Stablecoins 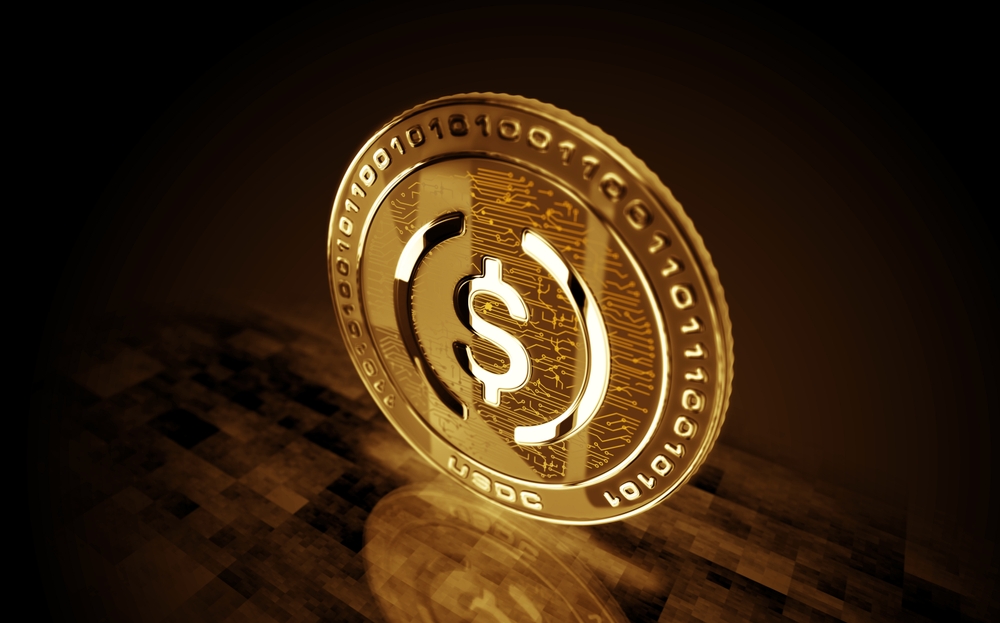 Anyone that has been in crypto for a while has used or at least heard of stablecoins. The biggest stablecoins like USDT (USD Tether) and USDC (USD Coin) often have a higher trading volume than big cryptos like Ethereum and Bitcoin.

Namely, stablecoins are digital assets that are pegged to a stable asset like a fiat currency or a precious metal.

The first stablecoin was launched in 2014 and was called bitUSD. It was pegged to the US dollar, but it didn't gain that much traction. Nowadays, the most popular stablecoins are USD Tether (USDT) and USDC, which are both pegged 1:1 to the US dollar. The reason why stablecoins are so popular is that they are much more convenient to use than traditional cryptocurrencies like BTC or ETH. With volatile cryptos, the value the recipient receives can differ from the one the sender has sent. With stablecoins, this isn't the case.

Another reason for the rise in popularity of stablecoins is how easy it is to earn money with them.

So, how do stablecoins make money? Since they are popular, there's an ever-growing demand for them, and you can supply this demand by loaning stablecoins or yield farming them. So far, we've only covered the tip of the iceberg regarding earning money with stablecoins.

What Makes Something a Security?

Now that we've covered the basics of what stablecoins are, the first question we need to answer is whether or not stablecoins are regarded as securities. There are different ways to determine whether or not an asset is a security, but the most popular one is the Howey Test, which is primarily used in the United States. According to the Howey Test, the following criteria need to be fulfilled for an asset to be considered a security:

If all three points are met, then the asset is considered to be a security according to US law.

Do Stablecoins Pass the Howey Test?

With stablecoins, point one and three are definitely met, since you're investing money into them (you're usually buying them with fiat currency or cryptocurrency). But what about prong two? Do you expect to profit from your investment in stablecoins?

The answer to this question is a little bit more complicated. If you're simply holding stablecoins as a store of value, then you're not expecting to profit from their appreciation in value, so they won't be considered securities in such a scenario. However, if you're lending them out on an interest platform or yield farming your stablecoins, then you are expecting to profit from your investment.

This leads us to the conclusion that whether or not stablecoins are securities depends on how you're using them. If you're just holding them as a store of value, then they're not securities. However, if you're actively using them to make money, then they are considered securities in the United States.

How Are Stablecoins Funded?

One of the most common questions about stablecoins is how they're funded. After all, if they're pegged 1:1 to an asset, then how can you be sure that there's always enough money to cover all of the tokens in circulation?

The answer to this question differs from stablecoin to stablecoin. Some stablecoins, like USDT, are backed by actual fiat currency that's held in reserve. So, for every USDT token that's in circulation, there's a real US dollar that's being held by the company behind USDT. Other stablecoins, like USDC, are backed by collateralized debt obligations (CDOs). A CDO is a financial instrument that's created when a group of loans is bundled together and then sold to investors. So, for every USDC token that's in circulation, there's a basket of loans being used as collateral. Read our comparison between USDC and DAI to learn more.

Finally, there are also algorithmic stablecoins like the Ampleforth stablecoins, which don't have physical collateral backing them up. Instead, they use algorithms to maintain their peg.

How Do Stablecoins Make Money?

You now know how stablecoins work as an asset class, but there's an important question left unanswered: how do stablecoins make money? Let's take a look at three of the most popular ways to earn money with stablecoins.

The most popular way to make money with stablecoins is by lending them out on interest platforms. Regarding stablecoins, there are many platforms where you could do this, and some of the most popular are Compound, dYdX, and Nexo. These platforms allow you to supply assets to them to earn an interest rate on your deposit.

For example, let's say that you deposit 1,000 USDT into Nexo. You'll then be able to earn interest on that USDT as long as you don't withdraw it. The amount of interest you make will depend on the current borrowing rate for it, which fluctuates depending on supply and demand.

Right now, the interest rate for USDT is around 10%, which means that you would earn roughly 100 USDT in interest per year if you deposited 1,000 USDT. That may not seem like a lot, but it can quickly add up thanks to compound interest—especially if you have a large amount of USDT. Also, keep in mind that the interest rate on stablecoins could go up or down in the future, so you could potentially earn even more (or less) interest on your deposit.

Confused about how lending works in cryptocurrency? Read about the differences in lending DeFi vs. TradFi.

Yield farming is a relatively new phenomenon in the cryptocurrency space, but it's quickly become one of the most popular ways to make money with stablecoins. In a nutshell, yield farming refers to the practice of earning interest on your cryptocurrency holdings by staking them in specific protocols. The team behind the protocol would create a smart contract on the blockchain, allowing users to yield farm in a decentralized manner. Namely, this is usually done by providing liquidity with two coins—let's say USDT and USDC. Every time a user comes on the protocol and swaps one coin for the other, you'll earn interest.

There are many protocols out there that allow you to do this, but some of the most popular ones right now are Compound, Maker, and Curve Finance. Of course, these protocols offer different interest rates for different assets, so you'll need to do your research to figure out which one offers the best interest rate for the asset you want to yield farm with. You should also consider taking a look at the risks of yield farming too.

Staking is another popular way to make money with stablecoins. Putting it simply, staking refers to the practice of holding a coin in your wallet for a specific period of time in order to earn interest on it. The amount of interest you earn will depend on how long you stake the coin for, as well as its current interest rate.

For example, let's say that you want to stake 1000 USDT for 12 months. If the current interest rate is 5%, then you would earn 50 USDT in interest after the staked period. Of course, the interest rate could go up or down during that time, so you could potentially make more (or less) than that.

There are many different platforms where you can stake your stablecoins, but some of the most popular ones are Nexo, BlockFi, and Binance. Each one of these platforms offers different interest rates for different assets, so you'll need to do your research to figure out which one is the best for you.

Not sure whether you want to go with staking or lending? Read our staking vs. lending post to help you decide.

So far, we've looked at how to make money with stablecoins, so you might be wondering if they're actually safe to use. After all, cryptocurrencies (and stablecoins included) are still a relatively new technology, and there's always the risk of something going wrong. So, are stablecoins safe?

Fortunately, stablecoins are safe to use. They're backed by real assets, so you're not taking on any extra risk by using them. Additionally, they're subject to the same regulations as other cryptocurrencies, so you can rest assured that they're being properly monitored.

Of course, there's always the possibility of something going wrong with any cryptocurrency—including stablecoins. However, as long as you take the proper precautions (such as storing your coins in a secure wallet and investing in reputable projects), you should be fine.

Are Stablecoins Worth Investing In?

Now that we've explained how to make money with stablecoins and whether or not they're safe to use, you might be wondering if they're actually worth investing in.

The short answer is yes, stablecoins are definitely worth investing in. They offer a number of benefits over volatile cryptocurrencies, including price stability, low fees, and ease of use. Additionally, they're backed by real assets, so you're taking a minimal amount of risk by investing in them.

Of course, as with any investment, there's always the potential for things to go wrong. However, as long as you do your research and invest responsibly, you should be fine.