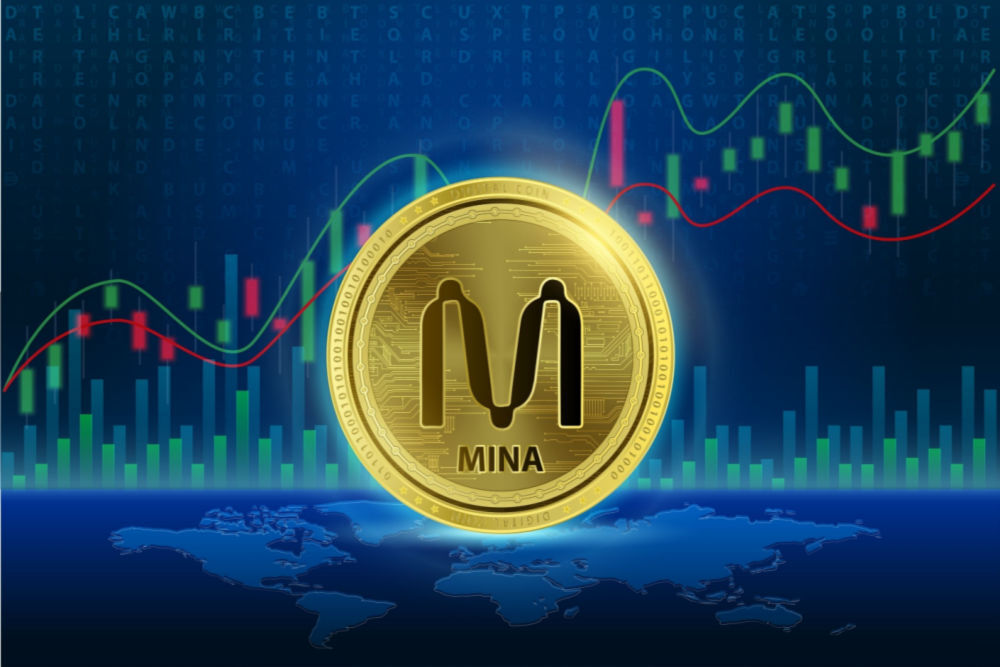 The so-called "blockchain trilemma" has plagued the blockchain industry for some time now. First proposed by Ethereum co-founder Vitalik Buterin, the trilemma posits that it's impossible to have all three of the following features in a blockchain protocol:

How Is the Mina Protocol Different?

The Mina protocol is a new generation, layer-1 blockchain protocol that seeks to strike a balance between all three features of the trilemma. Unlike other new generation blockchains that focus primarily on scalability, Mina prioritizes decentralization while also addressing the state bloat challenge.

Often a byproduct of decentralization, state bloat refers to the ever-growing size of a blockchain's state (or data) as more transactions are processed on the network. This is because each new transaction must be recorded on the blockchain for it to be considered immutable and secure.

Over time, the state size of a blockchain can become so large that it becomes unwieldy for node operators and end users alike. This results in two major problems:

The Mina protocol is built on top of a cryptographic technique called "zero-knowledge proofs", which allows for extremely efficient verification of transactions without needing to store the entire transaction history on the blockchain. This makes Mina's blockchain very lightweight—a mere 11 kilobytes.

How Does the Mina Protocol Work?

The protocol's current throughput is one transaction per second (TPS), which might be considered low compared to other protocols like Solana. However, as mentioned earlier, Mina's main focus is on decentralization.

The network's native token is called MINA, and it's used to pay transaction fees and reward consensus participation. Plans are underway for token-based governance as well, but the details have not yet been finalized.

MINA's total supply is one billion tokens, with 806 million made available for staking at the time of launch. Most of these tokens were locked for sale but users did earn block rewards while staking. Over time, the remaining 194 million tokens of the initial supply will be given to the public in the form of supercharged payouts, mining bonuses, and ecosystem grants.

MINA is an inflationary currency with a 12% initial inflation that will decline to 7% after four years on the mainnet. The inflation rate is fixed, but the amount that you earn from staking will change along with the staking participation rate. Even though it may appear high, inflation helps to keep the network secure by incentivizing more users to participate in staking.

Mina's unique consensus mechanism, Ouroboros Samasika, is a slightly modified version of Cardano's original Ouroboros model. Ouroboros Samasika has the special quality of utilizing a succinct blockchain that doesn't keep track of all transactions. Therefore, the likelihood of being chosen as a block producer on Ouroboros is determined by the proportion of Mina staked by a node compared to the overall stake.

The Mina protocol uses recursive cryptography to keep a secure and efficient blockchain that remains within its size allowance. While other layer-1 blockchains expand with each new block, Mina maintains a constant size by using a self-referencing series of cryptographic proofs.

Mina's recursive cryptography procedure can best be understood using the analogy of one "taking a photograph" of the blockchain. Each time a new block is created, another picture of the new block is taken along with the current blockchain, limiting the size of the blockchain to one image while preserving all genesis data.

Mina remains at a fixed size thanks to sophisticated cryptography called recursive zk-SNARKs, which means "zero-knowledge succinct non-interactive argument of knowledge". Essentially, zk-SNARKs are proofs of knowledge that can be verified quickly without constant back-and-forth communication between the prover and verifier. Mina's use of zk-SNARKs makes it an appealing alternative to traditional blockchains, with advantages such as increased decentralization and better privacy.

The Mina protocol may be small in size, yet it packs a powerful punch. By using recursive cryptography, Mina can maintain a blockchain that's smaller than most thumb drives—indeed the lightest blockchain in the world.

However, a lot of Mina's developments are still in the works, so it remains to be seen whether Mina can indeed strike a balance between decentralization, security, and scalability. So far, the project seems to be on track, with a passionate and growing community behind it.