Advantages and Disadvantages of DAOs 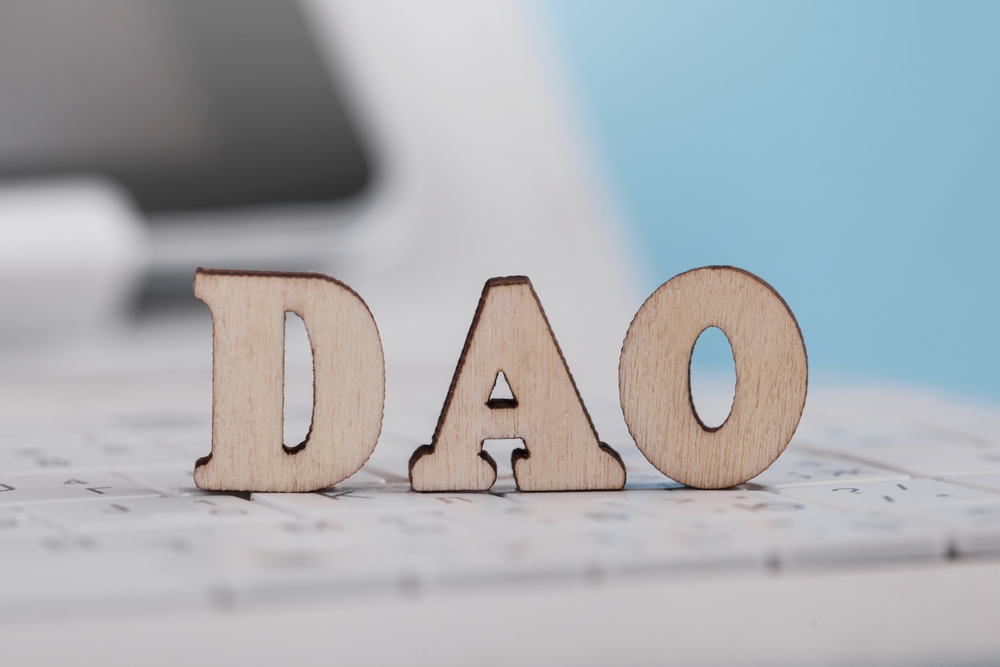 DAO is an acronym that stands for decentralized autonomous organization. Namely, this refers to an organization that is run by code only and doesn’t effectively rely on a central authority to control it. Instead, it relies on smart contracts which are pieces of software code stored on the blockchain. With enough knowledge of programming, you can use smart contracts to create programs for just about anything, even complicated tasks.

Moreover, DAOs do not have a board of executives or CEOs to decide and implement any changes in the policies of the organization - instead, every shareholder in a DAO has tokens that can be used to vote on potential upgrades and updates. If a decision gets the vote it is implemented into the code and the changes in the organization take place immediately for everyone. This is how DAOs can constantly make changes to improve and evolve to meet the demands of the future.

Advantages of a DAO

Most traditional businesses usually have a small group of people or in some cases a single owner that makes every decision for it. DAOs, however, rely on the votes of every single shareholder to make decisions, which makes them focused on community, rather than entirely on profit.

Most of the menial and repetitive tasks that traditional businesses have to go through like processing applications are automated in a DAO system. This makes it more efficient in terms of time and finance compared to centralized organizations.

Because the DAO blockchain keeps records of every single transaction done with a protocol + smart contracts, DAOs are completely transparent. Every user has the access to see the records at any time, unlike in traditional businesses & organizations.

DAOs are open-source, which means that their code is out in the open for everyone to see. This is a big advantage because it gives other developers the possibility to engage with it and create new features and addons for it.

In contrast to centralized businesses, DAOs cannot be shut down by any government bodies or organizations - or any central authority for that matter. They are not entitled to provide any information to central authorities and the only way for it to shut down is if the decision gets enough votes from its shareholders. DAOs are regarded as being timeless, as there will always exist proof on the blockchain that a transaction was performed thanks to an immutable time mark.

Disadvantages of a DAO

Besides its benefits, open-source code can raise some security difficulties as well. Because it is available for everyone, this means that it is available to potential hackers as well. They are able to "reverse engineer" the code in order to find vulnerabilities in it, leading to hacking and security failures. A good example of this is the attack on The DAO which led to its premature failure. Hackers were able to exploit errors in the code and steal $50 million worth of Ethereum from it.

Even though DAOs try to include every shareholder in the decision-making processes and make them equal, this area is not perfect yet. Users that have accumulated a massive number of tokens can have a higher power in the voting process than the ones with significantly smaller amounts.

Voting on every decision might sound great in theory, but sometimes decisions need to be made fast. To counter a dire situation such as a security breach a fast reaction is needed, which can not be taken before voting takes place.

Do DAOs Have a Future?

The introduction of DAOs as a revolutionary concept is a promising attempt to overcome the shortcomings of traditional organizations and their method of working. While they have been successful in eliminating some of the issues, like the need for an intermediary, new problems seem to arise on the way. In addition to security concerns, there are liability and legal regulations that have not been set in place yet.

Furthermore, opinions are split on how much good can come from organizations that encourage a move towards dehumanization. Some critics believe that there are management processes that can be properly done without a human touch, or at least not with the technology available today. In the end, a DAO can be only as good as the code that is running it, so most of the issues with them today can be solved with improvements to their code tomorrow.

The way things seem at the moment, DAOs are not entirely ready to replace traditional businesses yet, but certainly have the potential to do so in the future. Through trial of error and many ups and downs, DAO enthusiasts have a chance to build the world of tomorrow and change the way we look at corporate organizations.