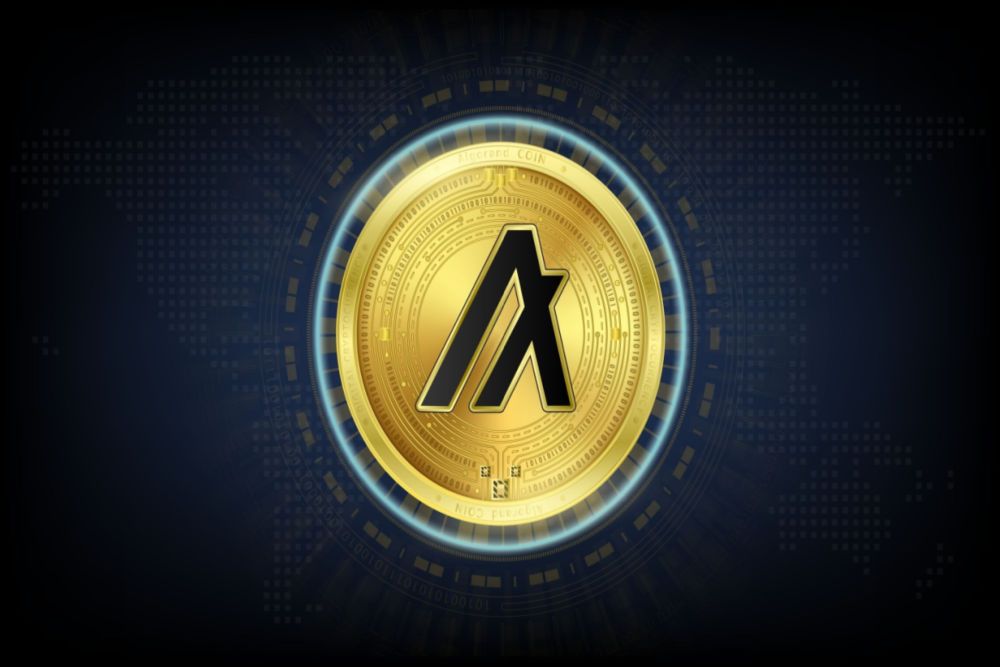 Founded by Silvio Macali, who is an MIT professor and Turing award winner, the Algorand project has been around since 2017. Algorand is both a blockchain and cryptocurrency, primarily designed for scalability and efficiency. Running on a pure proof-of-stake (PPoS) consensus algorithm, Algorand is powered by node validators—i.e. users that stake their ALGO coins to power the network.

Since its inception, Algorand has proven to be a reliable blockchain project that's rich with features. In addition to being used for handling transactions, Algorand is also an abundant smart contract platform with ecosystems, protocols, and decentralized applications (dApps). Now, with the basics of Algorand as a project covered, let's dive deeper into its coin (ALGO).

What Is the Algorand Coin?

ALGO is the native cryptocurrency of the Algorand blockchain used to fuel transactions and power the network. The token was released through an initial coin offering (ICO) in June 2019, where 60% of the total supply was sold to investors. The other 40% is reserved for the team, the project's foundation, and ecosystem growth.

ALGO is the backbone of the entire blockchain. Every transaction on the network is validated by an Algorand node, which is simply a wallet holding ALGO. The holder of the ALGO coins (i.e. the validator) gets a return of around 3-6% APY, depending on the network's current state.

Moreover, Algorand is one of the only blockchains to have the validation process fully automated. For example, if you'd like to stake Ethereum, you must have a wallet with at least 32 ETH and run a validation node. But validating with ALGO is fully automated, so you'll get rewards even if you're holding ALGO in a non-custodial wallet.

Additionally, ALGO is thought to be one of the "Ethereum killers", along with Cardano, Solana, and Polkadot. These blockchains aim to replace Ethereum by providing the same features only with much more efficiency.

With all of this being said, it's quite evident that the Algorand coin has a ton of potential. But what does the future hold for it? Let's find out.

Price Prediction for the Algorand Coin

Unfortunately, as of late 2022, the macroeconomic environment of the world is quite unsettling, and this has affected many asset classes, not just crypto. However, this economic decline is set to end around mid-2023, and this is when we believe the Algorand coin will start to rise in price.

Now, let's go over the most important factors which will influence this rise in the price of Algorand.

As we've mentioned before, during Algorand's ICO, only 60% of the total supply was released. This prevented market manipulation and whales (large investors) from cornering the market.

The team behind Algorand has committed to releasing 8.33% of the remaining coins every year for 5 years. This will happen in the form of airdrops, and it's meant to keep the price stable while still providing an incentive for people to use the network. As of late 2022, the total circulating supply of Algorand is 70% of all created coins.

Recently, the DeFi space has boomed. This is thanks to the launch of numerous new protocols and platforms that offer lending, borrowing, and liquidity services. Algorand is one of the most popular blockchains in the DeFi industry, because it makes apps and integrations easy for users so that they can get involved with DeFi protocols.

Some of the most popular Algorand-based DeFi apps include HunnyPlay, Tinyman, HumbleDeFi, and AlgoFi. All of these apps offer different services, but they're all based on the Algorand network. As more and more people start using these DeFi apps, the price of ALGO will rise as well.

Unlike other blockchains, Algorand is trying to target users outside of the crypto industry. The team behind Algorand is focused on providing real-world solutions and integrations so that businesses and everyday people can use blockchain technology in their lives.

Some examples of this include Algorand's partnership with Purestake, which allows users to stake their coins without having to run a node. This makes it much easier for people to get involved with staking and earn rewards. Other partnerships Algorand has include Pillar, Bixin Capital, MetaStable, and IMO Ventures.

One of the main issues with Ethereum is that it often struggles with congestion. This is because Ethereum could only process 15 transactions per second (TPS). After the Ethereum merge, however, this number has risen to 30 TPS. Still, when there's a lot of activity on the network, transaction fees start to rise and users have to wait longer for their transactions to be processed.

But Algorand can process up to 1,000 TPS. This is thanks to Algorand's unique consensus algorithm (PPoS) which doesn't require as much power and time to verify transactions, resulting in lower transaction fees and shorter waiting times for transaction processing.

Is the Algorand Coin a Good Investment?

In the short term, Algorand isn't expected to have an increase in its price, primarily due to the macroeconomic state of the world. But what about the long term?

In our opinion, the answer is yes. Firstly, the staggered release of the total coin supply will help to keep the price stable while still providing an incentive for users to use the network. Secondly, Algorand's exposure to users outside of the crypto industry will help to increase the adoption and usage of the network.

Still, remember that nothing in crypto is ever guaranteed, as the future is difficult to predict with such volatile assets. So, your best approach would be to do your own research and never invest more than you can afford to lose.